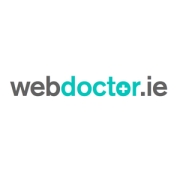 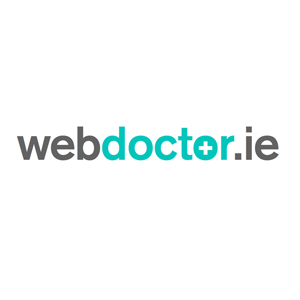 New National Health Watch Report conducted by Webdoctor.ie reveals how the pandemic has impacted our physical and mental health and transformed attitudes towards virtual healthcare

89% of people plan to prioritise their health more in the next six months, with nearly one third saying they will spend more time outdoors according to statistics from the new ‘National Health Watch Report’ released by Webdoctor.ie, Ireland’s leading online GP service.

The report, which surveyed over 1,600 people across the nation, reveals key insights on how the pandemic impacted the health of the nation across a variety of areas including physical health, diet and nutrition, smoking and alcohol consumption, and also mental health.

Attitudes Towards Digital Healthcare: The report also highlights the evolving attitudes of people to digital healthcare services, with 95% of people saying they would be comfortable having an online consultation with a GP. In fact, 60% even go as far as saying that they are more comfortable utilising online GP services and prefer using them when seeking treatment for general health concerns.

Some of the other key statistics in the National Health Watch Report from Webdoctor.ie include:

Physical Health: According to the report from the awarding-winning Irish-owned health technology platform, six in ten people (59%) consider themselves fairly healthy while 23% feel that their physical health worsened during the pandemic. Overall, 89% of people plan to prioritise their health more in the next six months, with 30% expressing an interest in doing so by spending more time outdoors and surprisingly just 10% say they will do so by going to the gym.

Diet and Nutrition: 42% of people are planning on improving their overall health through their diet and nutritional habits in the coming six months. 89% state that meat is still a part of their diet, however, 45% would consider reducing their intake or becoming a pescatarian. Of those, a further 10% said they would consider moving to a completely plant-based / vegan diet.

Traditional Vs Virtual GP Preference: 77% of people prefer to use home-testing kits for sexual health checks, while less than one quarter (23%) of people prefer to attend a traditional clinic for the same tests. 90% of women would prefer an online service when seeking a prescription for the contraceptive pill or patch, with just 10% saying they would prefer an in-person GP consultation. 83% of men would prefer an online doctor/prescription service when seeking treatment for erectile dysfunction, while just 17% of men feel more comfortable with an in-person GP consultation.

Alcohol and Smoking: Almost one quarter (24.4%) of people consume alcohol at least once a week with almost 20% of people saying they would drink alcohol 2-3 times a week. 22% consume alcohol just once a month, with 15% saying they don’t consume alcohol at all. Nearly 40% said their alcohol intake decreased over the past 12 months, 24% say its increased while 38% said it has stayed the same. 40% plan to reduce their alcohol intake over the next six months. 78% of people say they don’t smoke, while 14% say they smoke occasionally. Just 10% of people surveyed say they smoke on a daily basis. Of those who smoke, three quarters plan to reduce their consumption or quit over the next six months.

Commenting on these findings, David Crimmins CEO of Webdoctor.ie says: “It is great to see that so many people are planning to prioritise their health this year, all of which can be supported both virtually and traditionally. The pandemic has encouraged people to find new ways to manage their health, with many utilising telehealth services for the first time. As a result, attitudes towards telehealth services have transformed over the past two years, as indicated in this report. It’s interesting that in addition to demonstrating an overwhelmingly positive response, there is now often a preference to utilise digital health options as opposed to attending an in-clinic setting. It’s clear from this report that we have also realised there is so much more we can do to look after our general health now, post-pandemic. For example, it’s interesting to see that people want to spend more time outdoors as opposed to going to the gym and that we are prioritising our mental health just as much as our physical wellbeing.”

Research fieldwork was conducted by Webdoctor.ie with interviews of over 1,600 adults across nation, representative of the Irish population in March 2022.

GET DIRECTIONS
Three restaurants each for Galway and Dublin in first ever Top Ten Best Restaurant...