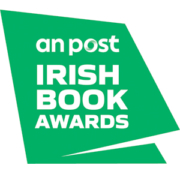 George R.R. Martin, the world-renowned author and creative force behind A Game of Thrones,is to receive The An Post International Recognition Award as part of this year’s An Post Irish Book Awards. The celebrated writer will receive the accolade at a special event in the GPO, O’Connell Street, Dublin on 20th August, ahead of the 2019 awards event on 20th November in Dublin’s Convention Centre.

The honour is being bestowed on Martin in recognition of his significant contribution to fantasy and science fiction over the last four decades. He joins a roll-call of previous recipients of the ‘International Recognition Award’, that includes David Walliams, Jilly Cooper, Jeffrey Archer and Bill Bryson.

George R.R Martin says: “I am honoured to be receiving this award and thankful to the people of Ireland for bestowing it upon me.”

The first of Martin’s epic fantasy novels, A Game of Thrones, was published in 1996 by HarperVoyager in the UK, and the series has since gone on to become a global publishing phenomenon – with worldwide sales exceeding 90 million copies. The series also became the basis for Emmy award-winning TV adaptation Game of Thrones. With fans of the series eagerly awaiting the sixth and seventh instalments, Martin is on course for continued chart-topping success in the years to come.

Maria Dickenson, Chair of the An Post Irish Book Awards, welcomed the award and offered the following citation on behalf of the board:

“The An Post International Recognition Award aims to honour international writers who, in the view of the Irish Book Awards board, have contributed substantially to the health and wealth of the Irish book-trade.  Recipients will have a large corpus of popular work behind them; will have sales figures counted in the millions; will have demonstrated great staying power and longevity; and endeared themselves to Irish booksellers throughout their long careers.  This year’s recipient satisfies all of these criteria in spades and he is George R. R. Martin.

A Song of Ice and Fire has become much more than a landmark series of books. The series has been elevated to the ultimate pantheon of J R R Tolkien and C S Lewis. A Game of Thrones is now an iconic artefact of popular culture, a cottage industry, a primer for the conduct of foreign policy among nations, the locus for impassioned debates about the very nature of power and the interplay of good and evil.  It looms large in the collective imagination of millions of fans, not least in Ireland, and in particular in Northern Ireland, now known as The Home of Thrones.

For all of those reasons, we can think of no other international writer who better deserves to be recognised by the Irish literary community and we look forward to presenting George R. R. Martin with the An Post International Recognition Award for 2019 in the GPO on August 20th.”

Aoife Beirne, Chief of Staff at An Post, says: “George R.R. Martin is a towering figure in the field of fantasy writing, and An Post is thrilled to honour him with the International Recognition Award. The GPO is a suitably iconic venue for this A Game of Thrones celebration.”

A special thanks to A Game of Throne’s artist, Larry Rostant, for the use of the ‘Fire and Blood’ emblem displayed on the An Post Irish Book Awards stage at the GPO for George R.R. Martin’s acceptance of the An Post International Recognition Award for 2019.

The shortlist of nominations for the An Post Irish Book Awards 2019 will be announced on 24th October.

The European heatwave was most important news story of July 2019 according...
Scroll to top