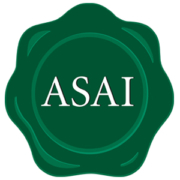 13 of the 16 advertisements were found to have been in breach of the ASAI Code on grounds relating to Misleading Advertising, Health & Beauty, Nutrition and Children. The advertisements complained of related to Email, Social Media, Online, Radio, Television and Print advertising. One of those upheld related to intra industry / interested party complaints. The ASAI Complaints Committee chose not to uphold two consumer complaints and one intra industry / interested party complaint.

The Complaints Committee is a completely independent arm of the ASAI and is responsible for considering and dealing with complaints submitted by the public, by a member of the ASAI, by a Government Department or any other person or body of persons. The Committee is made up of a range of experts from the advertising, media, education, consumer and marketing sectors. See further details here – http://www.asai.ie/about-us/complaints-committee

“The latest complaints bulletin from the ASAI illustrates our ability to handle complaints across a large number of mediums. The ASAI is committed to protecting consumers in relation to advertising, – across all mediums – and our approach is to work with all advertisers to ultimately ensure that all marketing communications are legal, truthful, decent and honest.

The ASAI upheld a complaint made by Intra Industry / Interested Parties in the following case:

The ASAI chose not to uphold a complaint made by Intra Industry / Interested Parties in the following case: