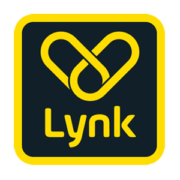 These include the longest trip taken in a Lynk taxi, an epic trip from Dublin to Westport and back after a business passenger needed to get to make an important meeting, clocking up a €751 fare. By contrast, the shortest trip taken was from the Shelbourne Hotel to Grafton Street.

In total, Lynk’s fleet of taxis travelled a distance equivalent to getting to the moon and back 16 times in 2019! But, with over 200 of Lynk’s taxis switching from diesel to hybrid or electric vehicles in 2019, there’s also been a massive 500,000 tonne reduction in its carbon footprint – enough to power almost 60,000 homes.

The most popular booking time was 8am, but passengers didn’t always remember to take everything with them. While common items showing up in the Lynk lost and found included phones (32%), wallets or bags (22%) and shopping (13%), one unfortunate bride-to-be left her wedding dress behind having forgotten it was in the boot!

Thankfully any item a driver finds is returned to the passenger or dropped to the nearest Garda station – so the dress and its owner were reunited in time for the big day!

Taxi drivers hear all sorts of stories, but the comment of the year went to one passenger at the time of American popstar Ariana Grande playing three nights at the 3Arena earlier this year: “I thought Ariana Grande was a font.”

Common occupational hazards for Lynk drivers included 122 passengers legging it without paying, and another 57 getting sick.

The stats also reveal the changing habits of those booking taxis – while 34% did so over the phone, 41% are now ordering directly via the Lynk app and the rest are business users booking over the web (25%).

Lastly, the oddest request the Lynk team heard all year was from one woman looking to transport her budgie from Dublin to Brussels. After explaining that no airline would allow her to travel with it, Lynk provided her with a quote for the trip!

For more information see www.lynk.ie or download the app on the App Store or Google Play

Dublin estate agents expect property values to rise by 1.6% in 2020, according...
Scroll to top