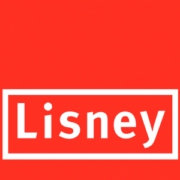 Lisney, Ireland’s largest independently-owned estate agents, has welcomed many aspects of Budget 2020, which was delivered by the Minister for Finance and Public Expenditure, Paschal Donohoe TD today.

There are a number of elements pertaining to the property market that are positive, in particular:

However, in terms of the commercial property market, one of the most impactful and disappointing elements of Budget 2020 is the decision to increase commercial stamp duty by 1.5 percentage points to 7.5%.

According to Duncan Lyster, Managing Director of Lisney: “Today’s increase means that commercial property stamp duty has now increased 275% since October 2017; moving from 2% prior to Budget 2018 to 7.5% from tonight. The Irish market has traditionally been known for being relatively transparent and easy to transact in. This change will be seen as a measure that reduces liquidity and investor sentiment. It brings with it an added uncertainty. I am currently at Expo Real, a property and investment trade fare in Germany, and already I am hearing from investors that this begs the question of what’s next – what interventions will the Government make that impacts the property market in the coming years?

We are now seven years into this property market cycle and the decision to increase commercial property stamp duty is a very unwelcome intervention in the market. The Minister has clearly seen the extended run of significant property investment activity as a politically acceptable target to raise revenue. Stamp duty, as we saw in the last decade, is not a sustainable source of tax revenue as activity is likely to reduce as the cycle comes to an end. This measure may accelerate the end of this cycle.

We reported this week that over €930m of deals were agreed at the end of Q3, which if not contracted are likely to see some renegotiation and price chipping to reflect the 25% increase in stamp duty.  Additionally, this measure will be seen by many investors who are in the process of selling or considering selling to benefit from the capital gains tax exemption (introduced in Budget 2011) as a form of clawback on the gains made.

“Minister Donohoe also spoke of changes to REITs in terms of new taxation measures, particularly in relation to capital gains and the distribution of proceeds from the disposal of a rental property. We don’t as yet have full details on these measures, but we await the specifics with interest.”

Lisney strongly supports the decision to keep the help-to-buy scheme for first-time-buyers in its existing format for a further two years.

“Part of the decision to retain this scheme is likely to have come from the Parliamentary Budget Office report in September where it found that the scheme hadn’t had ‘a statistically significant impact on prices’. Our analysis shows that first-time-buyers purchasing a newly built home accounted for 8% of all transactions nationwide in the 12 months to July 2019 and in Dublin, it was 11%. In recent months we have noted that the uncertainty surrounding the future of the scheme has been a factor in a slowdown in residential construction.

“In Dublin, the number of new residential units commencing construction in the year to June 2019 was 27% less than a year previous and nationwide it was 4% less. Extending the scheme will provide certainty to developers in terms of purchaser demand and means that they will continue to build homes. For first-time-buyers, it will allow them to get on the property ladder sooner and take many of them out of the rental market quicker, hence assisting the supply pressures that are in the part of the market.”

While Lisney welcomes the fact that the Capital Acquisitions Tax threshold for tax-free inheritance or a gift increased by €15,000 in Budget 2020 for Group A (i.e. children), the firm does not believe this has gone far enough.

“This €15,000 increase brings the threshold for Group A recipients (children of the deceased or gift giver) to €335,000. While it is significantly higher than the €225,000 threshold in place between December 2012 and October 2015, it remains well below the €542,544 on offer pre-April 2009. The increase from the threshold prevailing at the bottom of the market represents an change of 49%. However, when viewed in the context of the inheritance of the family home, it should be remembered that in that period, house prices nationwide grew by 75%. Ideally, we’d like to see the threshold keeping up house prices.”