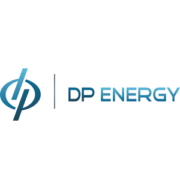 Head-quartered in Cork with a reputation spanning over 30 years, DP Energy develops projects worldwide and already has a global portfolio of over 5GW under development across onshore wind, solar, and offshore wind technologies in Australia, Canada, the UK as well as here in Ireland.

As DP Energy’s lead development in the Ocean Energy space, the Uisce Tapa project is located at the Fundy Ocean Research Centre for Energy (FORCE) site in the Bay of Fundy, Nova Scotia. The area is home to some of the highest tides in the world, with tidal range in excess of 13 metres and currents that exceed 10 knots (5 m/s).

The project holds a 15-year Power Purchase Agreement (PPA) of $530/MWh awarded under Nova Scotia’s Marine Renewable Energy Act and is the recipient of a $29.75 million grant from Natural Resources Canada under their Emerging Renewables Power Program. The project is already well advanced, with testing underway for the environmental monitoring platform being developed together with the Offshore Energy Research Association (OERA) under their Pathway Program.

The Uisce Tapa project will utilise the 1.5 MW Andritz turbine technology that has successfully operated for many years in the MeyGen project in Scotland. After completion of the first phase, DP Energy plans to expand the generation capacity to 9MW in the second phase before the technology moves to being fully ‘commercially ready’. The Andritz turbines are expected to deliver predictable renewable power from the tides driven by the lunar cycle over an operational life of some 25 years.

The signing of the Joint Development Agreement marks a significant milestone in the company’s Ocean Energy aspirations, with the Uisce Tapa project solidifying DP Energy’s presence in the Ocean Energy sector and reinforcing its position as a leader in the implementation of innovative new renewable energy technologies.

Commenting on the partnership, Simon De Pietro, CEO of DP Energy, Co-President of Ocean Energy Europe and a Board member of Marine Renewables Canada says; “We are delighted to be partnering with Chubu and “K” Line on developing an exciting project in one of the most challenging marine environments in the world, and believe our combined skillsets, together with the proven Andritz technology, will enable us to meet that challenge and deliver what will be a ground breaking project for the sector.”

In relation to the significance of the announcement, Simon also commented: “Whilst our first Ocean Energy project, Uisce Tapa, is modest in scale we anticipate it will fill the essential step from technology demonstration to early array demonstration that will lead to the development of further tidal energy projects at utility scale in Canada and other markets, and provide a stepping stone to DP Energy’s plans for wave energy off the West Coast here in Ireland.”

Nationwide search underway to find the ‘An Post Bookshop of the Year 2021...
Scroll to top