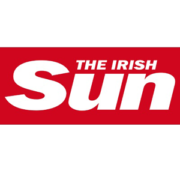 The newly appointed AS Roma Manager Jose Mourinho will be part of The Irish Sun’s TV, press, radio and digital marketing campaign for the tournament which begins on Friday 11 June, 2021, as the tournament gets underway in Rome, with Italy taking on Turkey in Mourinho’s new home of the Stadio Olimipco. The campaign will run for two weeks. A free wallchart, stickers and a detailed guide will also be included in The Irish Sun newspaper to help Irish football fans gear up for the first time the tournament is being held across Europe.

While Stephen Kenny’s Republic of Ireland team will miss out on this summer’s showpiece event, The Irish Sun will have full coverage of the tournament with everyone invited along. West Ham United Manager David Moyes and former England star Wayne Rooney will also be in hand to give readers their expert analysis of the summer’s games.

Kieran McDaid, Editor of The Irish Sun, says: “Our ‘Eur All Invited’ campaign will be the number one destination for Irish football fans for this summer’s European Championship. With the coverage led by such an illustrious manager in European football, The Irish Sun will be the best place to get your expert analysis during what is promising to be a fascinating tournament. Though the Boys in Green will not be there, we will make sure all Irish football fans are involved through our superb coverage in The Irish Sun.”

The Irish Sun is Ireland’s bestselling daily tabloid newspaper, with the latest local and global news, fashion, entertainment and sport.

GET DIRECTIONS
The Advertising Standards Authority for Ireland calls for the new media commission...