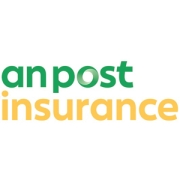 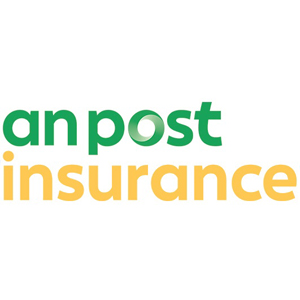 Nearly three-quarters of people (73%) feel we need to be more open about discussing death and funeral arrangements, according to a new RED C survey unveiled by An Post Insurance. Entitled ‘Let’s talk about Funerals’, the report also shows that nearly the same proportion of people think it is important to be financially prepared for funeral costs.

The results, which reveal key insights into people’s attitudes towards funeral arrangements and costs in Ireland, also show that despite 73% saying it’s important to be financially prepared for a funeral, only one third (31%) feel that they are well prepared in terms of planning their own funeral and how the costs will be paid. In addition, 43% said they worry about the prospect of leaving unwanted funeral expenses behind for loved ones. Meanwhile, when it comes to choosing between cremation and burial, the report shows that those aged between 18 and 24 were least likely to choose cremation (33%) while those aged over 65 were most likely (53%).

Do you know how much an average funeral costs?

Interestingly, nearly 1 in 3 were unable to estimate average funeral costs in Ireland, most likely due to the fact that 84% have not organised or paid for a funeral in Ireland in the last five years. With the average cost of a funeral coming in at just under €6,000, the estimated costs were slightly over-evaluated by those who haven’t paid or organised a funeral in recent times.

The figures also show that cremation is growing in popularity, with 46% of people stating that they would favour cremation over burial at their time of death. Those aged between 18 and 24 were least likely to choose cremation (33%) while those aged over 65 were most likely (53%).

When it comes to essential needs and individual preferences for a funeral, money does not seem to be a concern, with music and funeral cars named as the items that would most likely be dropped if cost became a problem. Professional flowers and a gathering for family and friends in a venue were also mentioned but to a lesser extent.

Commenting on the findings, Gary Finnerty, Head of Marketing with An Post Insurance, said: “It’s encouraging to hear that so many people feel we need to be more open about discussing death and funeral arrangements. While it may seem insensitive to some, pre-planning your own funeral can take some of the burdens off loved ones at a difficult time while ensuring you get exactly the funeral you want. We’re keen to help people understand that a funeral insurance product is a simple way to help prepare financially for the cost – or part of the cost – of your funeral. By taking out this policy, you can ensure that you leave your loved ones some money to take care of the cost of your funeral – or for other expenses.”

With twenty-two years in business and almost 150,000 policyholders, An Post Insurance (www.anpostinsurance.ie) is an Insurance Intermediary and a wholly-owned subsidiary of An Post, one of Ireland’s most trusted organisations and brands.  Based in Athlone, An Post Insurance employs 134 staff members and offers a range of Car, Home, Life, Travel, Pet, Farm, and Small Business insurance products. It does this through its Call Centre (0818 22 22 22), online (www.anpostinsurance.ie) and through direct referrals via An Post’s network of 940+ post offices.

To coincide with the report, An Post Insurance has also unveiled a new guide designed to help answer many queries people may have around preparing for their funeral. The guide can be found in Post offices nationwide and covers:

*Methodology – This research was conducted by RED C, surveying 1,002 adults across the nation, representative of the Irish population in March 2022.

Acceptance criteria, terms and conditions apply.  One Direct (Ireland) Limited, trading as An Post Insurance, is regulated by the Central Bank of Ireland. One Direct (Ireland) Limited is a wholly owned subsidiary of An Post. An Post Insurance is a tied agent of New Ireland Assurance Company plc for life assurance business. Life assurance policies are underwritten and provided by New Ireland Assurance Company plc. A 1% Government levy applies to all premiums paid.

An Post Insurance Funeral Insurance could give your loved ones a promised lump sum payment that can be used to help to pay for funeral expenses or perhaps repay any loans or bills you might still have at the time of your passing. It’s a single life plan that offers peace of mind for people aged between 50 and 75 years of age at the date of commencement of the policy. With premiums to suit applicants, features include: