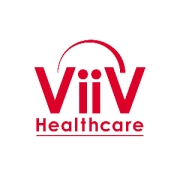 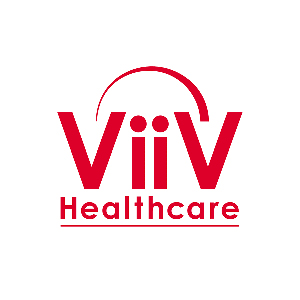 A new survey has revealed differences in attitudes to sexuality, sexual health and HIV across the six nations (England, Scotland, Ireland, Wales, France and Italy). The Tackle HIV survey of over 6000 adults across the six nations (including 1000 in Ireland) showed that only 66% and 63% of people asked said they were completely accepting of homosexuality and bisexuality respectively.1 Approximately one in ten claimed they were not at all accepting.1 In Ireland, 74% and 72% said they were completely accepting and supportive of homosexuality and bisexuality respectively.1 The Tackle HIV campaign is led by Welsh rugby star Gareth Thomas in partnership with Terrence Higgins Trust and ViiV Healthcare, which funds the campaign.

Gareth Thomas said: “I am so frustrated that these attitudes still exist. Sex is still seen as a taboo subject that people don’t like talking about. This feeds into the stigma around sexuality and sexual health, including STIs including HIV, which is very damaging. We need to improve people’s acceptance and understanding of sexuality and HIV to remove the stigma that prevents testing. The only way to know your HIV status is to test and we need to normalise testing so that it’s not thought of as any different to testing for anything else. Attitudes can change and I’m determined to do everything I can to make that happen.”

Dr Nneka Nwokolo, Honorary Consultant Physician in Sexual Health and HIV Medicine and Senior Global Medical Director at ViiV Healthcare commented: “I am sadly not surprised by the results of this survey. Whilst some populations are disproportionately affected, anyone can acquire HIV regardless of gender, sexuality, age or any other factor. Yet people do not seem to understand this. We are seeing an increase in late diagnoses, often in people who do not think they are at risk and therefore have not tested. Early diagnosis of HIV means earlier treatment and people living with HIV on effective treatment not only have the same life expectancy as anyone else but can live a normal, healthy life.”

Stigma can affect many aspects of a person’s life including accessing testing, treatment and services, mental health and relationships. 58% of people surveyed in Ireland reported that if their partner was diagnosed with HIV they would (17%) or might (41%) end the relationship.1 83% of those said it was because they were worried about acquiring HIV themselves. In fact, someone living with HIV on effective treatment cannot pass it onto their sexual partner yet only 22% of people surveyed knew this. Knowledge was highest in Ireland (28%) and lowest in Italy (18%).1

Stephen O’Hare, Executive Director HIV Ireland, said: “Education is key to breaking down barriers to testing for HIV and eliminating fear and stigma that still exists around HIV. The most important messages that need to be amplified are that effective treatment means people diagnosed with HIV can live full and healthy lives; and that people on effective treatment cannot pass on HIV to sexual partners. The number of people who know this in Ireland was highest among the six nations, but we still have a way to go to shift society’s outdated attitudes and perceptions.”

UNAIDS has set a goal of ending HIV/AIDS as a public health threat by 2030.3 Science has enabled incredible advances in treating HIV but despite this people living with HIV or at risk of HIV still face stigma and discrimination which undermines prevention, testing and treatment efforts.4 Without addressing HIV-related stigma and discrimination, the world will not achieve this goal and the Tackle HIV campaign will continue to promote better understanding to reduce stigma and motivate everyone to play their part in reaching this target.3

HIV stands for Human Immunodeficiency Virus. ‘Immunodeficiency’ refers to the weakening of the immune system by the virus. If left untreated, infection with HIV progresses through a series of stages leading to late-stage HIV or AIDS.5 However HIV is now a manageable chronic disease.6 HIV medication works by reducing the amount of the virus in the blood so much so that it does not show up in standard blood tests. This means the levels of HIV are so low that the virus cannot be passed on sexually. This is called having an undetectable viral load or being undetectable.7 More information about undetectable equals untransmittable, U=U, is available here. HIV is passed on through blood, semen, vaginal fluid, anal mucus and breast milk, if the person with HIV has a detectable viral load. It is not passed on by kissing, hugging, shaking hands or general social contact.8

Tackle HIV is a public awareness and education initiative, led by Gareth Thomas in partnership with ViiV Healthcare and Terrence Higgins Trust. The campaign is funded by ViiV Healthcare.

ViiV Healthcare is a global specialist HIV company established in November 2009 by GlaxoSmithKline (LSE: GSK) and Pfizer (NYSE: PFE) dedicated to delivering advances in treatment and care for people living with HIV and for people who are at risk of becoming infected with HIV. Shionogi joined in October 2012. The company’s aim is to take a deeper and broader interest in HIV/AIDS than any company has done before and take a new approach to deliver effective and innovative medicines for HIV treatment and prevention, as well as support communities affected by HIV. For more information visit https://viivhealthcare.com/en-gb/.

The Terrence Higgins Trust is the UK’s leading sexual health and HIV charity. Its mission is:

The Terrence Higgins Trust provides testing services for HIV and other sexually transmitted infections, campaigns on issues related to HIV and sexual health, runs community projects to support people living with HIV and works with the government on testing and prevention programmes.

GET DIRECTIONS
The Central Statistics Office (CSO) launches “Be Counted”, a campaign developed...

Advertising spend in Ireland expected to increase by 10.85% to €1.2 million...
Scroll to top