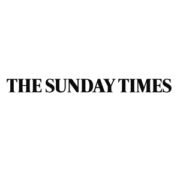 With anticipation building ahead of the 2019 Rugby World Cup, The Sunday Times is hosting an exclusive preview event to provide in-depth analysis of the action and Ireland’s chances of glory.

The panel will be giving their predictions on the twenty nations that have qualified, Ireland’s chances of progressing beyond the quarter-finals for the first time in history, and who they think will lift the Webb Ellis Cup on 2 November. Attendees will also have the chance to put their questions to the panel.

Richard Bogie, Managing Director at News Ireland, said: “Irish hopes have probably never been higher for a World Cup and the depth of talent throughout the squad has us all hoping that, this time, Ireland really can go all the way. Of course, the tournament will be Joe Schmidt’s swansong as Irish manager, and it would be fantastic to see him sign off in the most memorable way possible.

“Our panel of expert analysts, writers, and former international Shane Horgan will be breaking down the strengths and weaknesses of the major teams, and how Ireland can plot a route to the final. It promises to be a fantastic evening of discussion and insight – and should whet the appetite of Irish fans eagerly awaiting the start of the tournament in September.”

Subscribers of The Sunday Times can book their exclusive €5 tickets to the event at timesmembership.com/ie.

Readers and subscribers of The Sunday Times will also benefit from extensive coverage and analysis of all the action throughout the World Cup itself, from reporters such as Peter O’Reilly, Stephen Jones, Stuart Barnes and Denis Walsh.

Non-subscribers can purchase their tickets via Eventbrite and cost €10 https://bit.ly/2OQmkin

A Game of Thrones author George R. R. Martin announced as recipient of The...
Scroll to top