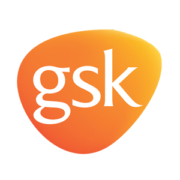 A new survey conducted by GSK shows that while almost all surveyed parents (95%) have heard of meningitis1, many are still unaware of the range of symptoms associated with the disease.

A rash is the most commonly associated symptom of meningitis (84%), followed by a stiff neck (73%) and dislike of bright light or headache (both 66%). However, there are a number of symptoms which the majority of parents do not relate to the disease, including vomiting (39%), convulsions / seizures (23%), and cold hands and feet (21%).1

To mark World Meningitis Day on Wednesday 24 April, GSK has launched the Know Meningitis campaign on social media platforms, an initiative aimed at raising awareness of the disease, which is rare but potentially fatal. Information about who is at risk, the signs and symptoms of the disease and how best to protect family members is available at www.knowmeningitis.ie.

The survey of 375 parents in Ireland was conducted as part of GSK’s campaign and half of respondents (50%) reported that they ‘know of someone’ or ‘know someone’ who has had meningitis.1

Those surveyed are most likely to consider babies and children under-five as being most at risk of contracting meningococcal meningitis, while only a quarter (25%) of those surveyed believe 15-19-year-olds are one of the high-risk groups, even though a peak in disease activity is also seen among this age group.3

The Know Meningitis campaign provides parents and carers the information they need to better understand the disease, how to spot signs and symptoms and how it can be prevented.

Dr Philip Cruz, GSK’s Vaccines Medical Director for the UK and Ireland, commented: “While the survey shows that rash is perceived to be the most commonly associated symptom of meningitis, it is important that parents and carers are aware that the disease is not just having a rash that won’t go away. Some cases may not present with rash at all in the early stages. Parents and carers should ensure they are informed, and most importantly trust their instincts.”

Siobhan Carroll, CEO of ACT for Meningitis, added: “After the alarming statistics highlighted in the GSK survey on World Meningitis Day, ACT for Meningitis implore people to get to know the signs and symptoms of meningitis, ensure your children’s vaccinations are up to date and trust your instincts if you suspect meningitis and seek medical help immediately.”

More interesting statistics from the survey include:

GET DIRECTIONS
Mick Wallace should stay in the Dáil if he wants to attend Dáil committees...