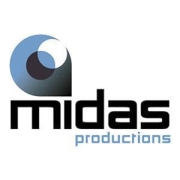 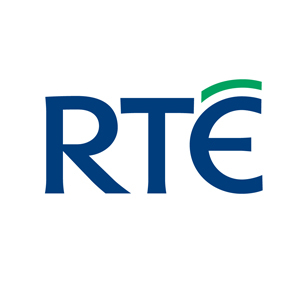 Brainstorm, a new RTÉ One television series supported by Intel, delivers fascinating and surprising answers on everything from hurling to hangovers and pollen to postcodes

First episode of Brainstorm airs on RTÉ One on Monday 2nd of May at 8.30pm

Ever wondered why we count magpies or whether or not postcodes have an impact on house prices? Or why 10,000 is supposed to be the magic number for steps in a day? Or who the best snooker player of all time might be?

These intriguing questions – and many more – will be answered during a new five-part family television series called Brainstorm which will broadcast on RTÉ One from Monday May 2nd. Social historian Donal Fallon talks to a number of expert voices and delves into a diverse range of ideas and topics across subjects that include science, sport, history and society.

The series complements the RTÉ initiative ‘Brainstorm’ which, since Autumn 2017, has been providing captivating content across its various platforms, tickling the curiosity of readers and listeners and delving into the evidence behind news, events and current affairs topics.

Among the subjects covered on the series:

When it comes to finding out if dogs can bring emotional benefits to their owners, Donal Fallon spends time with TU Dublin’s Catherine Kelly and canine behaviourist Samantha Rawson.

Elsewhere, John Perry from the University of Limerick looks into the age-old question of where do amateur sport players, such as those in the GAA, get their motivation from? Social affairs are also on the agenda, with DCU’s Ruth McManus looking into how past housing schemes may give us possible solutions to the housing crisis, while TU Dublin’s Liz O’Sullivan examines whether a child’s diet affects their future.

The first episode of Brainstorm will air on RTÉ One at 8.30pm on

Monday 2 May and will also be available on the RTÉ Player.

Brainstorm has been produced by Midas Productions, an Irish company dedicated to creating thought-provoking, entertaining, challenging and informative television programming.

Stephen Smith, Executive producer with Midas Productions, says: “Brainstorm delivers informative and fascinating insights into a host of topics that we think about every day! It will be incredibly thought-provoking for the RTÉ One audience. Although there is a brilliant team behind the series, the real stars here are the contributors, whose insights will take the viewers on a wonderful journey to uncover the real story behind the topics. Social Historian Donal Fallon is a fantastic host, as his natural storytelling abilities allow him to bring our stories to life.”

Topic breakdown of each episode of Brainstorm:

GET DIRECTIONS
1,450 complaints received by the Advertising Standards Authority for Ireland...

73% of people say remote working has resulted in a better work-life balance...
Scroll to top