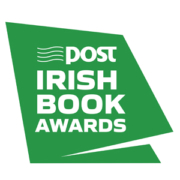 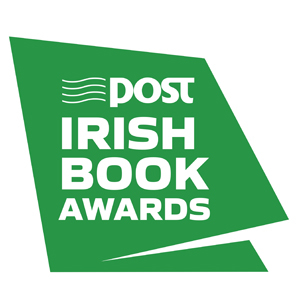 Maureen Gaffney, Séamas O’Reilly, Keith Earls, Fintan O’Toole and Donal Skehan are among the winning authors at this year’s An Post Irish Book Awards, held virtually on www.rte.ie/culture this evening. Sinead Moriarty claimed victory with her debut Teen and Young Adult book, while the Eason Novel of the Year Award was won by Sally Rooney.

This year’s Awards attracted a record number of votes from the Irish public, and audiences around the world were able to watch the An Post Irish Book Awards ceremony as it happened.

First awarded in 2006, the An Post Irish Book Awards are Ireland’s biggest literary celebration, showcasing a diverse mix of exceptional writing from new and established writers across 20 categories- championing everything from novels and non-fiction to poetry, short stories and the Irish language.

Four new categories were also added to the initiative this year:

Eason Novel of the Year

Eason Sport Book of the Year in Association with Ireland AM

Sunday Independent Newcomer of the Year

Dubray Biography of the Year

Bookselling Ireland Cookbook of the Year

Bookstation Lifestyle Book of the Year

Teen and Young Adult Book of the Year

Library Association of Ireland Author of the Year

Writing.ie Short Story of the Year

The Love Leabhar Gaeilge Irish Language Book of the Year

The An Post Irish Book Awards is also delighted to announce that Irish writer Sebastian Barry is the recipient of this year’s ‘Bob Hughes Lifetime Achievement Award’.

Commenting on this year’s winners, John Treacy, Chairperson of the An Post Irish Book Awards, said: “We really are so lucky to have such marvellous writers in this country. We have so many promising young writers, more women writers than ever, writers representing minority and marginalised Irish communities, and this will only grow in the years to come. I’d like to congratulate all of the winners and also the nominees in every category. It’s been another great year for Irish literature. See you in 2022.”

David McRedmond, CEO of An Post, said: “As we continue to face down the greatest global challenge of our lifetime, the power of books and reading is much more evident, bringing escape, solace and satisfaction. Trusted and appreciated, local bookshops provide the essential human link between author, publisher and reader. We are very pleased to support the new category of Bookshop of the Year in 2021 and we congratulate all the Kenny family on their success this year.”

Ann-Marie Power, RTÉ Group Head of Arts and Culture added: “RTÉ is delighted to partner once again with the An Post Irish Book Awards and to use the reach of rte.ie/culture to honour our writers in this year’s award ceremony. Reading is helping to sustain many people throughout the pandemic and it’s wonderful to see the variety of books and authors highlighted in this year’s awards ceremony.”

“Congratulations to all six authors nominated in the RTÉ Audience Choice Award, each book stood out in its singular voice, style, and originality. Special congratulations to our winner – Maureen Gaffney whose book “Your One Wild and Precious Life” is truly a book for our times and not to be missed. Her wisdom and sage advice shines through to provide a truly thoughtful experience and guide for each reader. We look forward to revealing the overall winner of the An Post Irish Book of the Year on RTÉ One on Wednesday 8th December.“

This year, over 187,500 votes were cast by the book-loving public to select the winners in each category. This is up 33% on 2020. Readers everywhere are now being invited to vote for their overall ‘An Post Irish Book of the Year’ at www.anpostirishbookawards.ie/vote. Voting opens on Wednesday 24 November.

The winner will be announced as part of a one-hour special on RTÉ One television on Wednesday 8th December exploring the six nominated books. All voters are also in with a chance of winning €100 worth of National Book Tokens.

Previous winners of the An Post Irish Book of the Year include Doireann Ni Ghriofa for A Ghost in the Throat, Vicky Phelan for Overcoming, Emilie Pine for Notes to Self, John Crowley, Donal Ó Drisceoil, Mike Murphy and John Borgonovo for Atlas of the Irish Revolution, Mike McCormack for Solar Bones, Louise O’Neill for Asking For It, Mary Costello for Academy St, Donal Ryan for The Spinning Heart, Michael Harding for Staring at Lakes, and Belinda McKeon for Solace.

For a range of reading recommendations, check out www.anpost.com/readerswanted

GET DIRECTIONS
Companies could save 27% in workspace costs while also saving their employees...

Six titles competing for the ‘An Post Irish Book of the Year Award’ 202...
Scroll to top