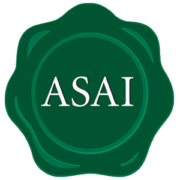 The Complaints Committee is a completely independent arm of the ASAI and is responsible for considering and adjudicating on complaints submitted by the public, by an organisation, by a Government Department, or any other person or body. The Committee is made up of a range of experts from the advertising, media, education, consumer, and marketing sectors. See further details here – http://www.asai.ie/about-us/complaints-committee

“The latest complaints bulletin from the ASAI illustrates our ability to handle complaints across a variety of platforms, and demonstrates how we ensure that ads in Ireland stick to the advertising rules. The main role of advertising self-regulatory organisations (SROs), such as the ASAI, is to ensure that ads and other marketing communications are legal, truthful, decent, and honest, prepared with a sense of social responsibility to the consumer and society and with proper respect for the principles of fair competition.”

Brian O’Gorman, Independent Chairperson of the Complaints Committee of the ASAI, says:

The following advertisements were investigated and the ASAI Complaints Committee found that they did not breach the Code on the grounds raised in the complaints.

The ASAI conducts ongoing monitoring of advertising across all media and since 2007, has examined over 27,000 advertisements, with an overall compliance rate of 98 percent. The ASAI Monitoring Service monitors compliance with the Complaints Committee’s adjudications.

Media are reminded that advertisements found to be in breach of the Code cannot be accepted for publication.

GET DIRECTIONS
Almost half (46%) of those renting in Ireland are aged 35-54 despite the stereotype...

Cadbury, Coca-Cola and An Post sign up as main sponsors of Christmas FM for...
Scroll to top