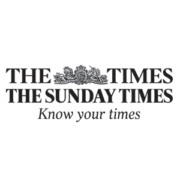 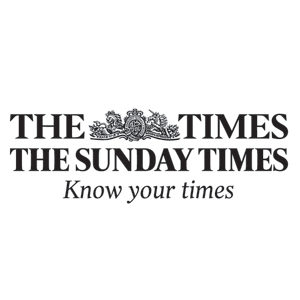 The Sunday Times, Ireland’s leading quality Sunday news brand, has unveiled its first ever definitive Top Ten restaurant list as part of its annual 100 Best Restaurants list – the ultimate guide to eating out in Ireland.

Dublin’s Chapter One has taken the top spot in the Top Ten, followed by Belfast’s Ox and Aimsir in Kildare.

An exciting trend to emerge in the Top Ten Best Restaurant list is that half of the restaurants named are led by women – Majken Bailey partnering with her husband Jordan at Aimsir, Jess Murphy at Kai in Galway, Grainne O’Keefe in Dublin’s Mae, Christine Walsh at Galway’s Ean and Aishling Moore in Cork at Goldie.

Compiled by renowned food critics John and Sally McKenna, this is the first time in the 30-year history of the Top 100 Best Restaurants that a definitive Top Ten has been compiled. The full list of the 100 Best Restaurants is available in The Sunday Times on Sunday, 3 April.

The complete Top Ten list is below, with comments from John and Sally McKenna as to why they received the accolade:

The Sunday Times’ annual list of Ireland’s 100 Best Restaurants also features a host of other exciting foodie categories including:

With half of the Top Ten restaurants led by women, John and Sally McKenna say that this is a thrilling example of a modern new Ireland at work: “There is one crucial factor that has quietly made an enormous difference on the Irish culinary scene. Women have become significant players, not only as chefs but also as sommeliers, and operate at the pinnacle of the culture. This is evident in the number of women-led restaurants that have made our list, including several in the top ten.”

Dara Flynn, Editor of Ireland’s 100 Best Restaurants, said: “The 100 Best Restaurants in Ireland was written exactly 30 years ago by John and Sally McKenna, in 1992, when Ireland’s culinary culture was only just beginning. Since then it is clear from this guide that Ireland has built an exciting national style of cooking. The difficulty the food-loving traveller encounters now, particularly in the cities of Dublin, Cork, Belfast and Galway is the paradox of choice: how do you choose where to eat, when there are so many good places to do so? The McKenna’s Guides has had the great good fortune to have witnessed and described the progression and we hope that readers can enjoy the many delights that Ireland has to offer throughout this list.”

The complete list of the 100 Best Restaurants, can be found

89% of people plan to prioritise their health more in the next six months, with...
Scroll to top